Stamp Duty on second home – Everything you need to know 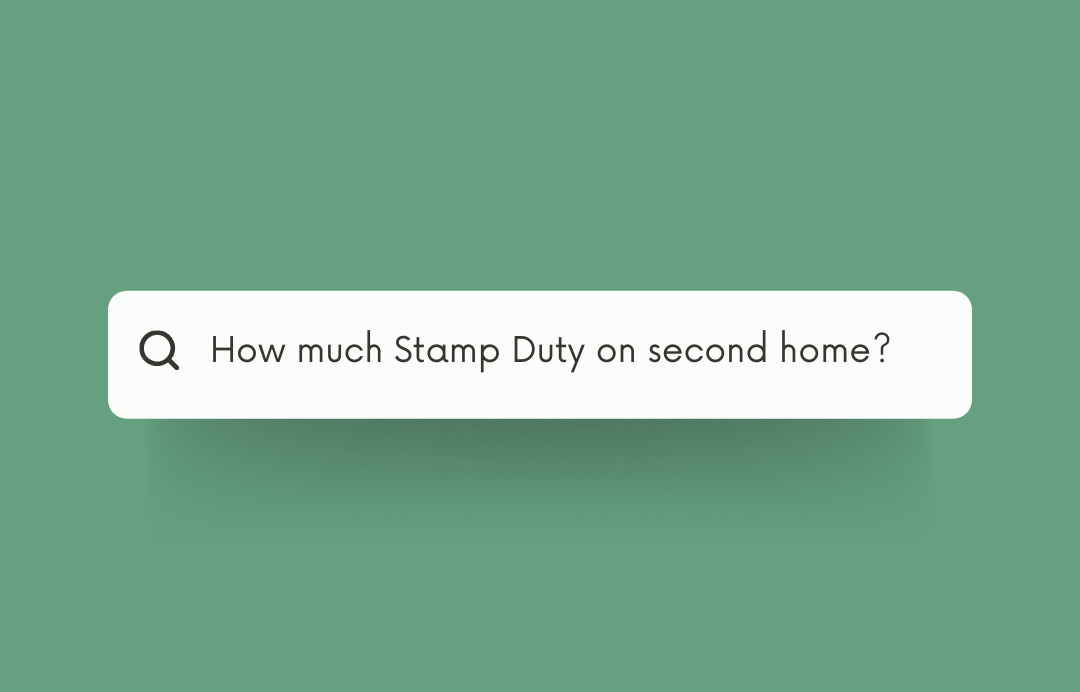 It’s been a busy news cycle for Stamp Duty in the last two years or so. The Chancellor’s original ‘Stamp Duty Holiday’, designed to stimulate a property market driven to a standstill by the Covid pandemic, proved so popular with both buyers and sellers that it ended up being extended, only fully coming to an end in September of this year. It’s rare for Stamp Duty to be at the forefront of the public consciousness, dismissed as it often is as something people only really have to deal with when buying a property.

But Stamp Duty, or Stamp Duty Land Tax to give it its proper title, is one of the most misunderstood taxes on the U.K. statute books, and that’s just when it’s being applied to residential purchases.

HMRC’s own Calculator – most peoples’ (and solicitors’) first port of call when looking at SDLT, is fundamentally flawed. HMRC themselves admitted to the Times that the calculator was intended only as a ‘guide’, rather than a full and final account, and they were being somewhat kind with even that damning admission.

The truth is that the calculator assumes an awful lot of specialised knowledge on the part of the user, and fails to account for a great many of the over 40 exemptions, exceptions and allowances that exist within the SDLT legislation based on the type of property, how and by whom it is acquired, as well as many other factors.

See if you are eligible for a SDLT Refund from HMRC

Add to this that SDLT legislation gets updated more often than almost any other tax law on the U.K. statute books (the ‘holiday’ being but one example of many) and that the assistance for solicitors consists of relatively inexperienced call centre operators from whom answers can sometimes take months to occur, and you begin to get a picture as to why SDLT is so often the subject of errors.

And that’s before you take account of the fact that most of the general public – the very people who will almost invariably pay SDLT at some point in their lives – remain blissfully unaware of its intricacies. Indeed, most people simply rely on their solicitor to ‘deal with this’, not realising that ‘this’ is a self-assessed tax under law, for which they retain responsibility in terms of any errors, in their favour or otherwise.

So what does any of this have to do with your pension?

Well, if you have a SIPP or SSAS pension, you may have taken advantage of the ability to place property within that pension. Often, small to medium-sized business owners will do this with the premises their business occupy. This is a tax efficient course of action, placing a high value asset into the pension fund and then providing an ongoing income to the fund in the form of rent paid by the business for occupying the premises.

But the big mistake often made in these cases relates to SDLT – specifically that SDLT is deemed payable by both pension advisers and solicitors because they see a transfer of property and therefore assume that SDLT will automatically fall due.

However, there is a technical tax term known as ‘connected parties’ which often refers to business partners and the like. This term is important, because a transfer of, for example, the corporate premises of a business by the owners of that business into a pension scheme in which they are stakeholders is just this sort of transaction. And thanks to an explicit provision in the SDLT legislation which is often missed by those very same pension advisers and solicitors, this means that such a transfer in fact attracts ZERO SDLT.

This can mean that you may have paid – on average – £18,000 in SDLT unnecessarily, meaning that your pension fund could grow substantially in the form of a refund from HMRC.

So how do you know if you might qualify? Simple – if you have a SSAS or SIPP pension and you have transferred property into it, then there’s a good chance you paid SDLT that was not due. We can help in assessing the transaction and determining whether this is the case, and where it is, we can assist in reclaiming the erroneously paid tax quickly and simply.

We’ve claimed over £15 million for our clients in the last 12 months.