Why this Welsh council is buying more than 1000 homes 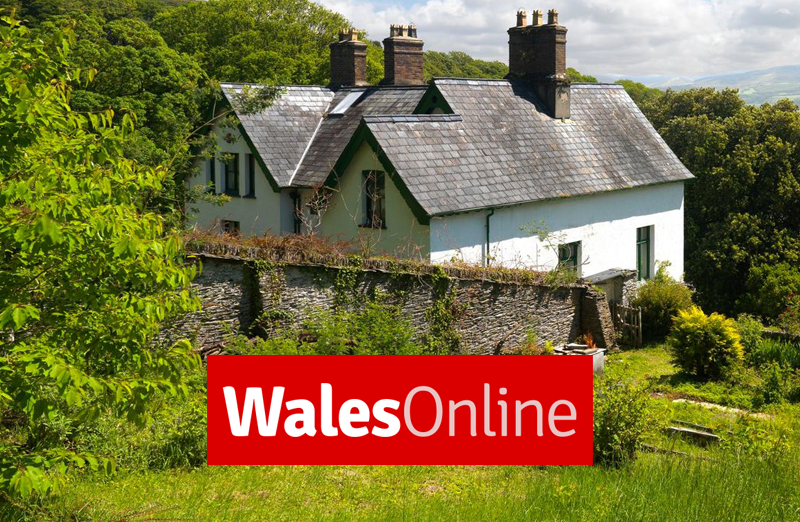 We’ve helped reclaim over £15 million in overpaid Stamp Duty in the last 12 months – See if you are eligible for a SDLT Refund from HMRC.

Read the article on Wales Online

“The owners of more than 1,000 empty homes have been contacted by a Welsh council asking if they’ll sell the vacant properties. Gwynedd council has taken the step in a bid to resolve the area’s housing supply crisis.

To date 115 letter recipients have come back asking for more details about the offer. They were identified through the authority’s council tax register with the aim they might sell their property which would in turn help people in the area who cannot afford to buy a home.

Until recently there were more empty houses in Wales than second homes. Council records show there are 1,200 long-term empty properties in Gwynedd – among the highest of any Welsh authority – and these are considered a “ready-made” housing stock that would go some way towards easing current shortages, North Wales Live reports.

As yet council officers are still working through the responses and there is no guarantee any will be suitable to buy. However a budget of £5.4m has been set aside to buy and renovate empty properties so they can be let to local people on intermediate rents.

Cllr Craig ab Iago, Gwynedd Council’s cabinet member for housing and property, said bringing vacant houses back into use was a “critical” part of the authority’s £77m housing action plan. “It will help us give local people opportunities to settle down in their communities,” he said.

“I would like to thank those that have responded to our letter so far. I would urge others who have empty properties, or would like to discuss any matter related to selling property to the council, to contact us to discuss further.”

Growing pressure in local housing markets is causing friction in affected communities with second home owners in the firing line. Gwynedd has the highest percentage of second homes in Wales and recent research shows that house prices are now beyond the reach of 60% of local residents.

The powderkeg situation has prompted murmurings of a return to the firebombing campaigns of the 1970s and 80s.

In response the Welsh Government has agreed additional measures to take the steam out of the second homes market. These include the power for local authorities to hike council tax premiums to 300% as well as increasing the minimum time a property is let before it can qualify for business rates rather than pay council tax.

Since April 2021 Gwynedd Council has been levying a 100% council tax premium on second homes, the current maximum level. It will be up to the Plaid-led full council to decide if further increases are imposed from April 1, 2023.

Read: How much Stamp Duty to pay on a second home?

Cllr ab Iago insists that all taxes raised this way will be ploughed into Gwynedd’s housing action plan – currently around £14m a year. The plan consists of 33 different schemes. These include the building of affordable homes by the council – until recently an option denied to local authorities in Wales. The aim is to construct 100 houses and buy another 100.

The first development is planned at the site of Ysgol Babanod Coed Mawr, Bangor. Council-owned land in Llanystumdwy, Llanberis and Rhoshirwaun may be developed and officers are also discussing the purchase of land in Pen Llŷn and south Meirionnydd.

Since the plan launched last April 89 social houses have been built and 41 empty properties have been brought back into use – the latter through other schemes such as first-time buyer grants.

Tourism chiefs and opposition politicians support the building of new homes – and bringing others back into use – but say raising the funds through the holiday sector is not the right approach and could cause serious economic damage. Many are looking to the Welsh Government to provide extra funding to kickstart a new round of house building.

Previously Cllr ab Iago has admitted Gwynedd’s approach, while ahead of other councils, is “still a sticking plaster on a gaping wound”. An overheated housing market, prompted in part by the loss of 40% of housing stock to second homes and holiday lets, is mainly to blame.

Cllr ab Iago wants to see more powers devolved from Welsh and UK governments so that affected communities can impose local solutions. These include the ability to dictate the percentage of homes that can be used for second homes – something that communities in England are now agitating for.

Last week 93% of residents in the Yorkshire seaside town of Whitby voted to restrict the sale of new-build homes to full-time residents. It is estimated that 28% of properties in Whitby are second homes with the demand driving average house prices up 17% last year.

The ballot, which had a turnout of 23%, is not legally binding. But organisers hope it will influence planning decisions by Whitby town council and Scarborough borough council.

David Hannah, group chairman at Cornerstone Tax, believes such a move would be regressive and could push the value of second homes even higher.

He said: “I do think there are other potential solutions rather than simply limiting the market in this way. Perhaps a better idea might be to allow local communities a window of time when a home is initially listed before it becomes available to any potential buyer.”