Stamp Duty Refund Calculator – How much will I get back from HMRC? 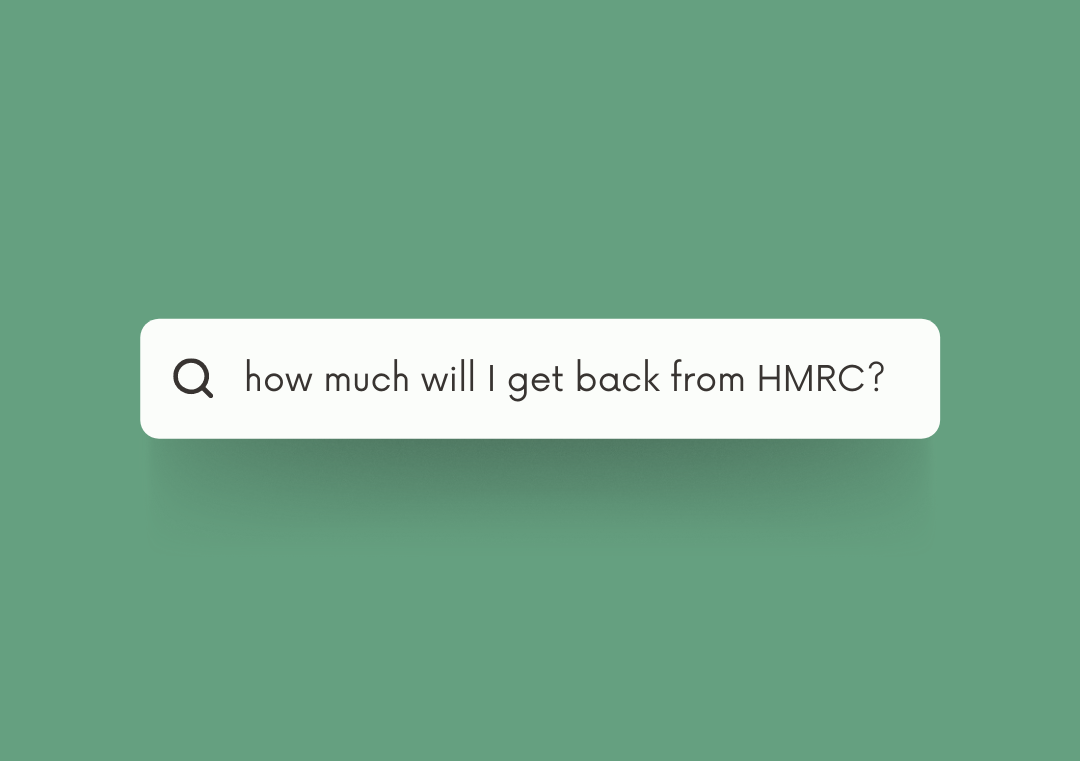 This is always the first question that people ask us about Stamp Duty Refunds, and it’s one to which there is never a straightforward answer.

The amount of money you may have overpaid in Stamp Duty to HMRC can vary wildly depending on a number of factors, including the type of property you bought, your property portfolio (if you have one), how it was bought, weho it was bought from, and so on.

We are the UK’s leading Stamp Duty reclaims experts – we’ve reclaimed over £15 million in the last 12 months in overpaid Stamp Duty. See if you are eligible for a refund from HMRC today.

Of course, Stamp Duty has been a hot topic in the news lately, with the Chancellor’s ‘holiday’ on it during the height of the Covid-19 pandemic. But if 2020 and 2021 were interesting times for Stamp Duty, 2022 promises to be even more so, especially when it comes to the subject of refunds.

A consultation document released late last year indicates that HMRC are somewhat vexed by the volume of refunds cases which have been crossing their desks in the last twelve months, mostly one suspects because – as they are forced to tacitly admit in the document itself – over 60% of these cases are genuine applications of the rules as they stand (they describe the other 40% as ‘questionable’, meaning not that they are necessarily wrong but that they see them as being arguable).

The document suggests several revisions to the Stamp Duty rules relating specifically to two areas where refunds are common because of mistakes/missed reliefs.

The first relates to ‘Mixed-Use’ relief – something which can see the Stamp Duty bill on a property reduced significantly where it applies. Mixed-use properties are any property where there is residential use but also other use as well. Examples include smallholdings with land which is rented out, or a shop with a flat above it.

Stamp Duty chargeable on mixed-use properties tops out at 5% on any slice of the purchase price above £250,000. For comparison the top rate band on pure residential property is 12% on slices above £1.5 million. This means that for properties in the £600,000 or more bracket, a mixed-use certification can mean savings of thousands of pounds for buyers.

What does this mean for property purchasers?

Unfortunately for purchasers, HMRC has decided that an ‘unfair advantage’ is being provided to those buying these kinds of property, and now seeks to change the rules. Suggestions include ‘apportionment’ where the tax would be split so that the relief only applied to the value of the portion of the property which was non-residential or a threshold approach, whereby only properties whose non-residential component made up a certain percentage of the total property (for example 50%) would qualify for the relief.

Apportionment would seem the ‘fairer’ of the two options, but it is difficult to escape the fact that this very much feels like HMRC ‘moving the goalposts’ because it doesn’t like the impact of its own rules (or perhaps, one might cynically suggest, it disapproves of those rules becoming available to a wider audience as consumer awareness of the reliefs contained within the labyrinthine Stamp Duty legislation grows).

On the other side of the consultation is the matter of Multiple Dwellings Relief. This has been another ‘hot topic’ in property circles over the past 18 months, with more and more buyers becoming aware that their solicitors may have missed an opportunity to claim. When MDR was introduced back in 2011, it was with the idea that it might stimulate the stagnant property market in the wake of the 2009 global economic crisis, by encouraging investors to buy more properties to rent out.

Will this change in the future?

The apparently unforeseen consequence – from HMRC’s point of view – was that the relief could apply not only to purchasers of multiple properties or large portfolios but also to those buying properties with annexes which formed separate dwellings, as is increasingly the case with an aging population and a social care crisis. With families more frequently moving elderly relatives into the family home with them, more and more of these types of property are being built.

In the consultation document, HMRC suggests various ‘solutions’ to the ‘problem’ of people claiming this relief, and one in particular highlights exactly what their target is – exclusion from the relief for ‘subsidiary’ dwellings, i.e. annexes.

HMRC’s argument on this seems centred mainly on the loss of revenue to the Treasury from these claims, but that would seem to ignore the far bigger benefits this adjustment in living arrangements has, both societally and structurally, which would surely outweigh those costs. Elderly relatives living with their families will take up fewer places in an overstretched care system especially suffering in the wake of Covid. The properties those elderly individuals no longer require will be freed up for the market, which remains subject to a situation where demand outstrips supply. And that in turn would help to lower house prices to a small degree, which would help stimulate a market in which First Time Buyers struggle more than ever, with inflation and a looming energy price rise set to worsen that situation more.

All of this means that in 2022, broadly estimating the answer to the primary question ‘how much could I get refunded’ is more difficult than ever, although there are some reasons to be cheerful. For one, the nature of HMRC’s arguments in the consultation document suggests that they will not be looking to make any changes retrospective, meaning that claims will still be possible for those who have purchased in the last four years.

Additionally, there is the admittedly fainter hope that HMRC might break with tradition and listen to those they have sent the consultation document to, many of whom, like us, will advise against most of the proposed changes and seek to minimise any which are made.

Most important of all, Stamp Duty remains, as ever a moving feast. With over 49 exemptions, exceptions and reliefs, and more quirks added with every passing year (most recently the 2% non-UK resident surcharge), the best time to make certain you’ve paid what you should and no more is always yesterday. But as we haven’t yet perfected time travel (we’re good, but not that good) then today will suffice too.

We are the UK’s leading Stamp Duty reclaims experts – we’ve reclaimed over £15 million in the last 12 months in overpaid Stamp Duty. See if you are eligible for a refund from HMRC today.