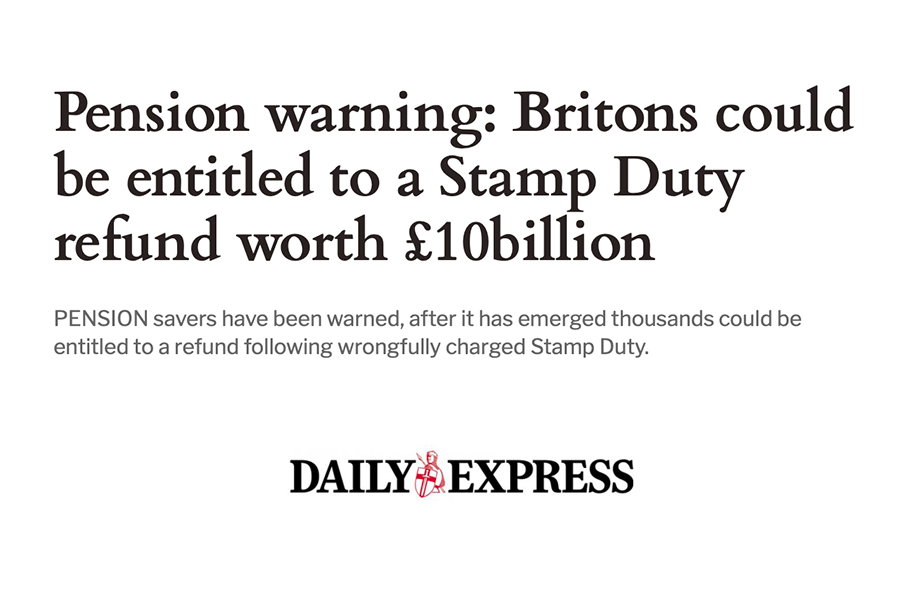 “Pension saving is key to huge swathes of the country who are looking to accumulate enough money to help them in their retirement. In this sense, every little amount can help Britons get closer to their goal, and thus potentially secure them a comfortable later life after they depart the workforce. But it is thought over 120,000 may be owed compensation of up to £80,000 each, after an error was recently discovered in Stamp Duty.

“The industry-wide mistake has been identified by SDLT Refunds, which forms part of Cornerstone Tax.

The organisation claims solicitors who were acting in property transfers into self-invested personal pensions (SIPPs) and the small self-administered scheme (SSAS) mistakenly assumed stamp duty had to be paid.

Cornerstone Tax has since confirmed the error with HMRC, but due to the complex and widespread nature of the issue, it is thought nearly £10billion could be owed to savers.Several test cases have notably been won by Britons regarding this mistake.

As a result, it is thought thousands of others could have similar grounds to a refund.
Stamp Duty, otherwise known as Stamp Duty Land Tax, is a levy which is paid if someone buys a property or land over a particular price.
The tax is applicable in England and Northern Ireland, but slightly varies in Scotland and Wales”

“There is, however, an important threshold to bear in mind when it comes to Stamp Duty.

The current threshold for residential properties stands at £500,000, and for non-residential properties and land, it is £150,000.
Anything below the threshold is not subject to Stamp Duty being paid.
In some cases, it has been stated by Cornerstone Tax, pension companies may also be unaware of the issue.
But the problem also lies in the way a pension develops over time.

By losing out on the capital through a stamp duty payment, pension savers may have also lost the ability to invest this amount and watch it grow over time.

The average error has been calculated at 150 percent of the tax pay incorrectly, when assuming a seven percent return on an investment.
David Hannah, principal consultant at Cornerstone Tax, has commented on the issue and the recent findings.
He said: “We have spent the last year or so researching this issue. The scale of it and the industry reluctance to even acknowledge that there is a problem has been staggering.”