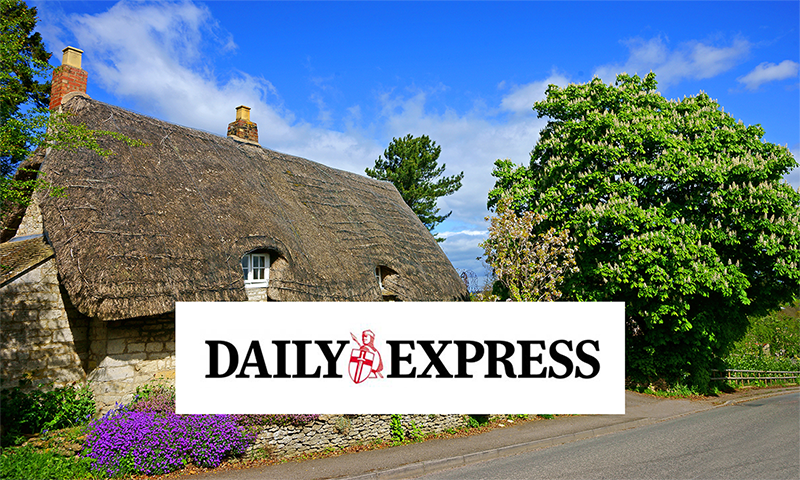 SDLT Refunds is a division of Cornerstone Tax.

“The market has continued to rise throughout 2021 with house prices sowing an 11.8 percent annual rise this year alone. However, with building materials in short supply and housing stock running low, will the housing market continue to thrive in 2022?

Property expert David Hannah, principal consultant at at tax advisory firm Cornerstone Tax, has shared what the outlook of the 2022 housing market could look like. This year has seen people’s sentiment towards property types change. While city centre locations, good amenities and bustling shops and restaurants used to be the priority, Britons have moved away from urban areas to more rural spots.


In fact, 10 percent of Britons moved away from a city or urban area due to the pandemic, and 24 percent seriously considered moving out of the city.”

“Property supply in rural areas has decreased as a result which has led to bidding wars over homes and homes selling for thousands above the asking price.

There’s also been continuing disruption to global supply chains which could impact the housing market going into 2022.

Working from home also means there’s a lot of empty office space in cities which could be developed into homes.

However, with 44 percent of Britons saying that coronavirus has made city living less appealing, there may not be enough demand for homes in city centres.

Mr Hannah said homes said homes on the market for between £200,000- £750,000 in rural locations like villages are “all being sold” which has caused estate agents to “complain” about the lack of stock.

One of the biggest disruptions to residential housing projects, which, when completed, would supply more homes, has been the a shortage of building materials.

The pandemic and the closure of the Suez Canal has caused delays in the commencement and the completion of many housing projects.

Mr Hannah continued: “Most new developments (particularly those outside cities) are already selling off-plan, even with completion dates as late as May 2022 they are already being sold.

“This shows a sign of that increased and, I think, persistent tendency to want a property with gardens near open spaces and countryside.”

Despite city living being less popular, demand has started to increase for flats in inner city locations.

However, Mr Hannah said this could be a “geo-economic effect”.

He explained: “The tendency to work from home or work from anywhere appears to be persistent.”

“With the consequent effect on commercial infrastructure the question has got to be:

“What is going to happen to all that vacant office space? – Is it going to be converted into new homes using permitted development? Will this trend accelerate?

“It’s been very popular over the last few years as a way of regenerating urban centres, former warehousing, industrial, retail, hotels and offices and I think it will.

“This may in and of itself provide a further economic stimulus to this country.”

Property portal Zoopla has forecasted that UK house prices could increase by three percent over the course of 2022.

The site’s latest reports reveal that there will continue to be a shift in what people expect from their homes over the course of next year.

The portal expects there to be “an ongoing re-evaluation of housing needs, increased housing equity and moves in parts of the labour force to more hybrid working.”